From our humble beginnings in Victorian London to today’s state-of-the-art facilities, the history of McCarthys is incredibly rich, spanning six generations and over 135 years in the business.

Founded by Thomas McCarthy, our company began as a fruit and vegetable stall on London’s Drury Lane in 1877. The family took their summer holidays in Great Yarmouth and in 1903 Thomas’ son Daniel opened a stall in its bustling market place before joining the Navy during the First World War, leaving his son Dan to run the stall with his mother. The pair continued to grow the business, eventually moving into wholesaling, and formed McCarthy’s as a limited company on 5th May 1939.

The business prospered, opening several depots across Norfolk until Dan’s son John eventually took over management of the business in the early 60s. John oversaw the building of a new warehouse in Norwich and moved the core of the business there before retiring in 1995, passing control to the current directors; his sons Martin, Simon, David and Peter. 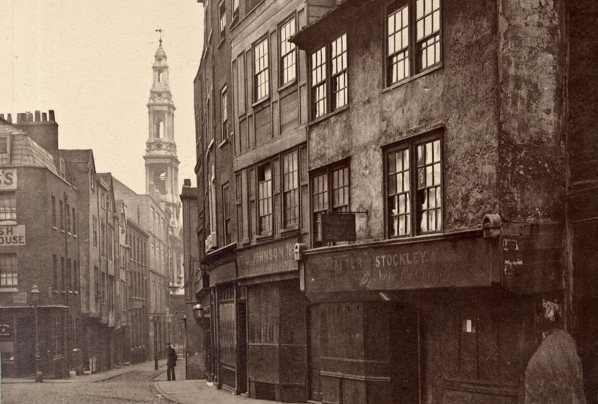 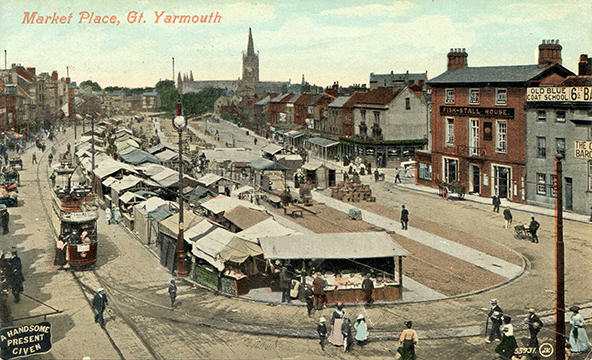 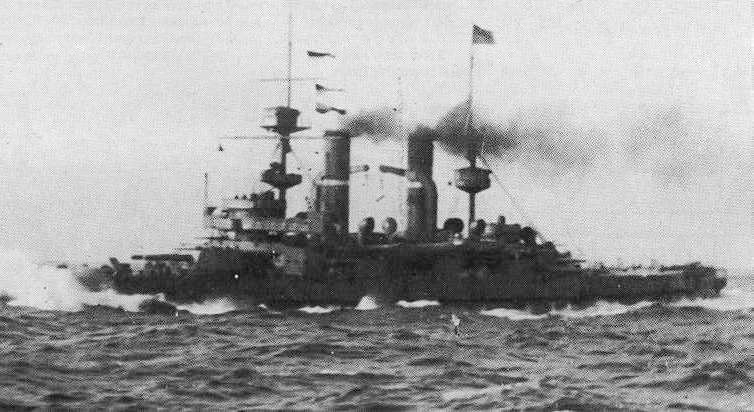 Daniel joins the Royal Navy in WW1 eventually being wounded in the Dardanelles campaign whilst serving aboard HMS Triumph. His son Daniel junior leaves school in 1916 aged 12 to help his mother run the market stall. Image credit: wikipedia 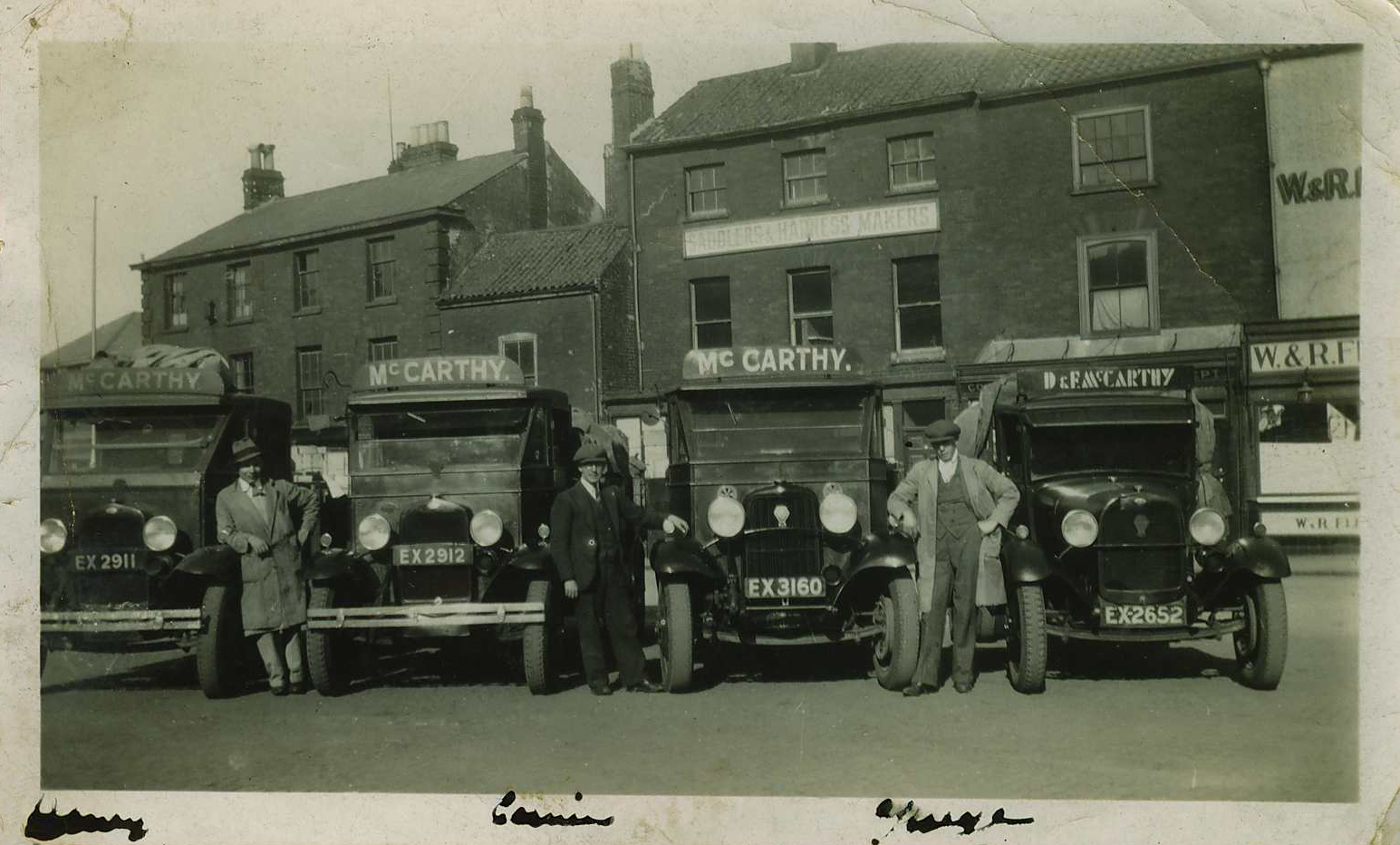 Daniel and his mother move into wholesaling.
Image: The early fleet in Great Yarmouth market place. 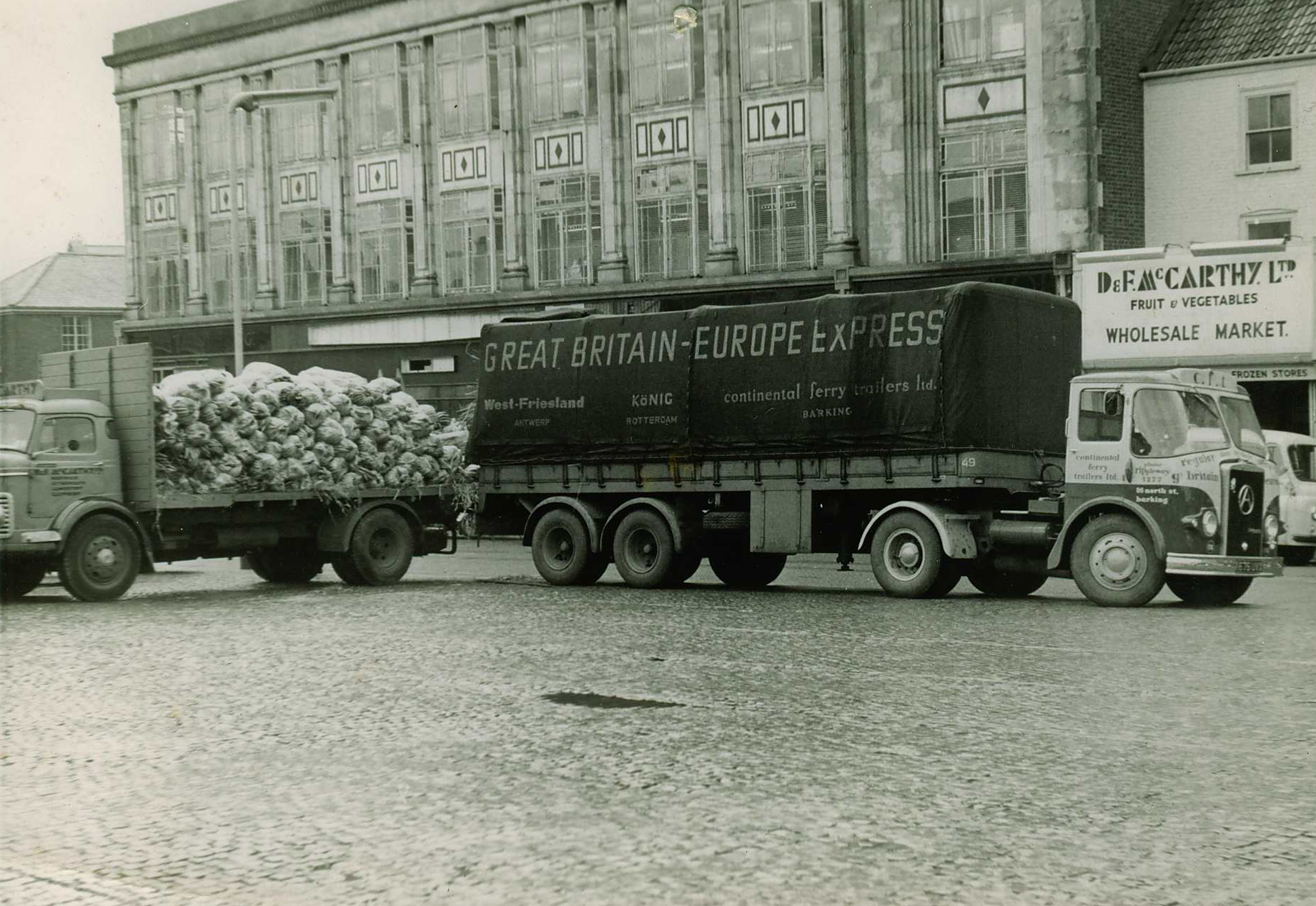 On 5th May, just 4 months before the outbreak of WW2 D & F (Daniel & Frances) McCarthy becomes a limited company 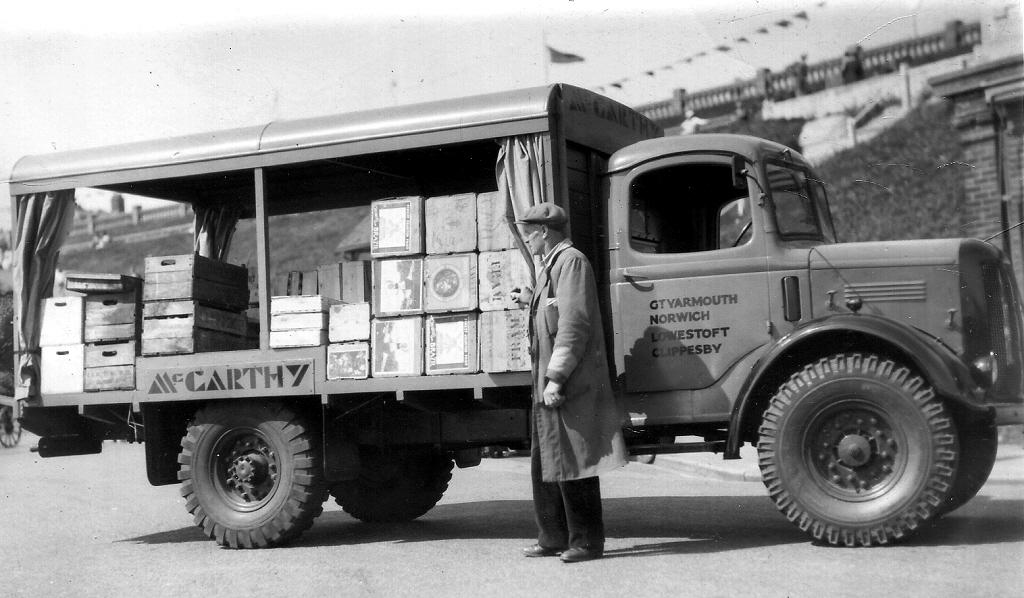 The Warehouse is bombed and many of the lorries are requisitioned. 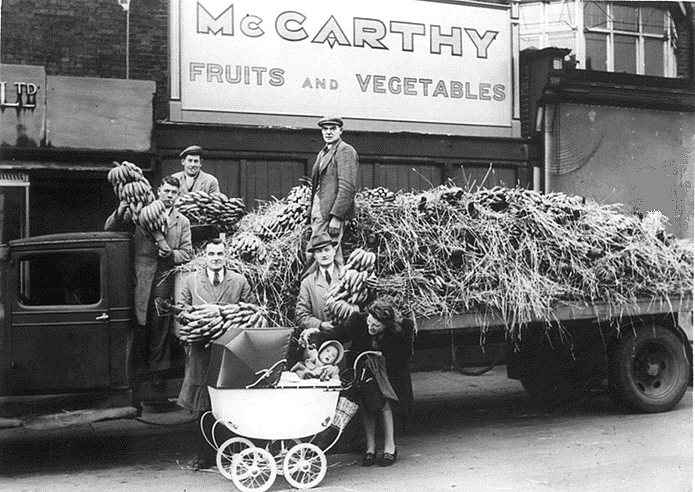 First arrival of bananas since 1939. Priority is given to young school children many of whom have never before seen a banana. 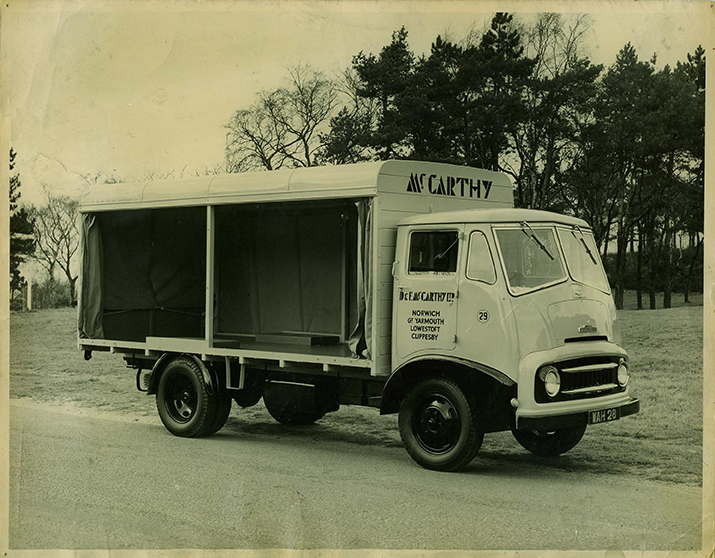 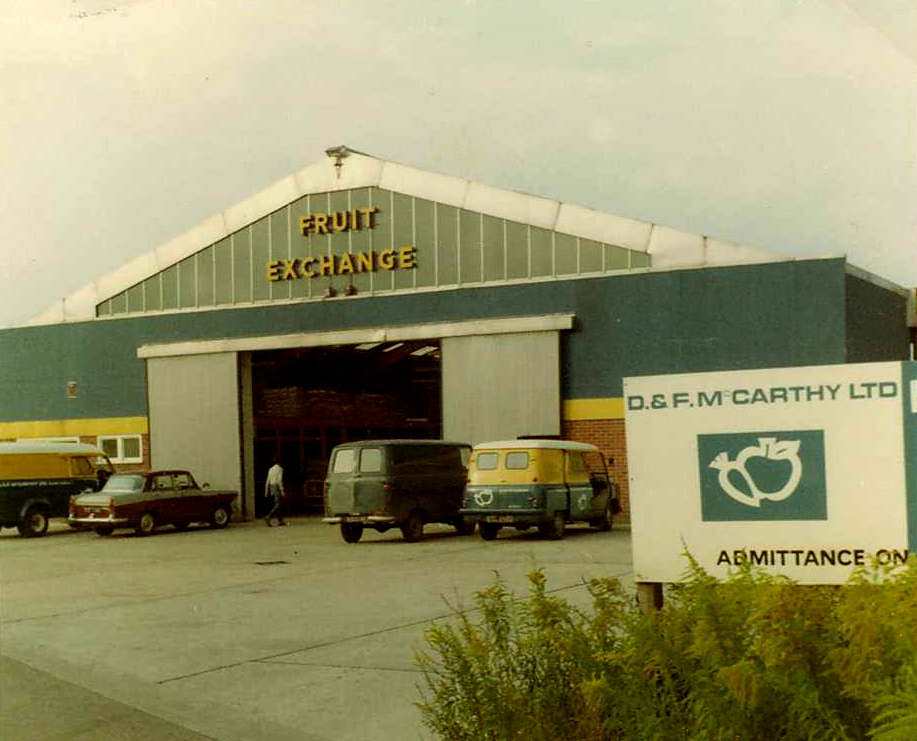 The company moved from small rented premises in Heigham Street into a new warehouse at Raynham Street, The Norwich Fruit Exchange. 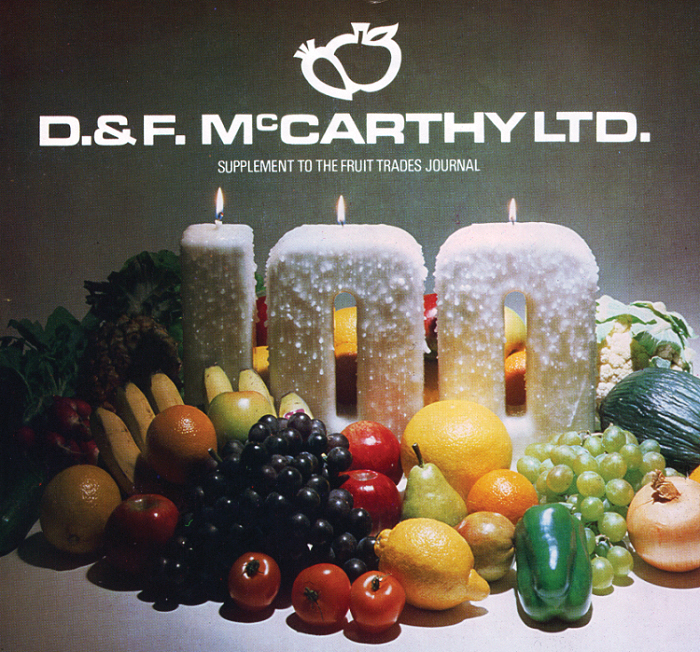 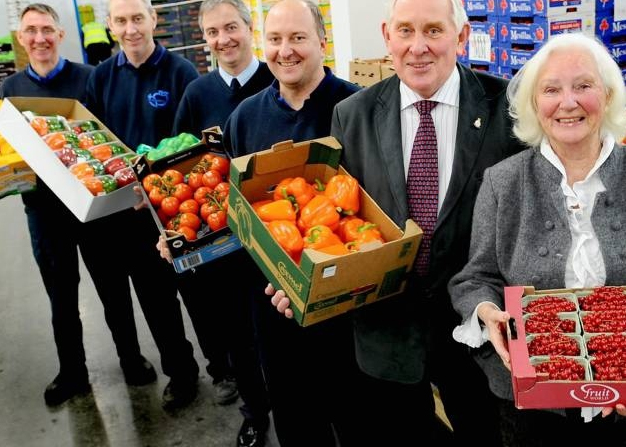 John (pictured with his wife Yvonne) retires and hands over the running of the company to his sons (L to R) Simon, Peter, Martin and David. 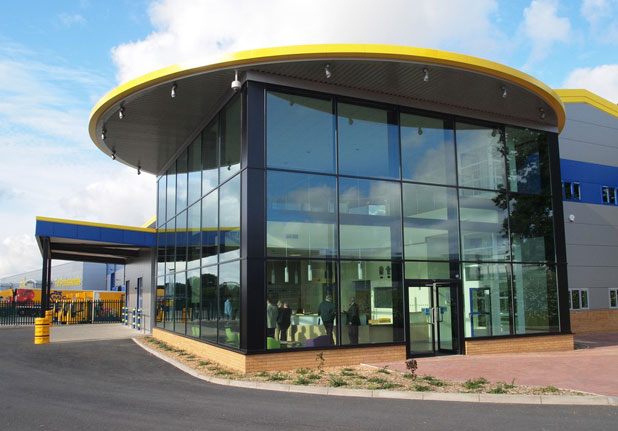 The company moves into its current facility on Broadland Business Park after 7 years of planning and searching for a suitable site.

Directors Meet the brothers at the helm - Martin, Simon, David and Peter.
Premises One of the most modern and efficient distribution centres in Europe.
Royal Warrants Supplying the Royal Household since the early 70s.
Cash & Carry For those customers who prefer to choose their own goods.